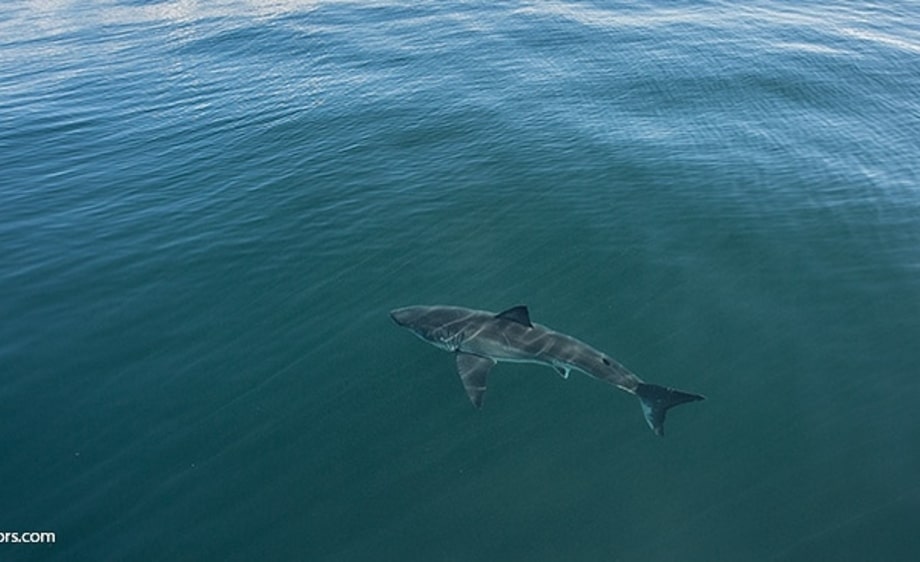 The South African Great White shark viewing and research industry first started in the late 1980s. The often unsung pioneers were PJ van der Walt and George Askew. With very limited success working in the summer months in the Macassar area of False Bay, they then moved to Walker Bay off Hermanus with far greater success.

Following on from these early forays to find Great White sharks, Theo and Craig Ferreira started up the Great White Shark Research Institute (WSRI) with Dr. Lenard Compagno as their head scientist.

The two primary areas of operation were the De Mond area off Struisbaai, and Dyer Island off Gansbaai.

In 1991 Rob Lawrence and I joined the WSRI as volunteers. It was still early days and driving down the Gansbaai main road with a shark cage on the back of the 20ft research boat drew attention from all sides, with locals coming to look at these crazy people who actually got into the water with the “man-eaters”, or “Tommie haaie” as they were locally known, after supposedly eating many of the English naval shipwreck survivors known as Tommie’s who were aboard the ill-fated Birkenhead, which sank off nearby Danger Point.

In the early 90’s Dyer Island was pristine, there was little poaching of abalone and the big molluscs were often stacked four on top of each other in the shallows surrounding the island. The sharks were bold and it was common for us to see more than ten per outing. In the four years that I worked at Dyer Island, we only ever anchored in the channel between Dyer Island and Geyser Rock, and on our record day in September 1994, we had no less than nineteen sharks come up to the boat deep inside the shallow channel in less than four hours. As we were the only boat chumming and baiting, the sharks competed heavily to get baits and it was an amazing sight to witness as these super sharks lined up like airplanes to try to get at the baits.

It was the early days, and there were no restrictions on baits or the quantities that could be used.  Hell in those days the Department of Sea Fisheries even used to supply us with dead seals, dolphins, turtles, and even pieces of whales that they had done research on and were destined for the dump.

We quickly learnt what the sharks preferred above all else and that was whale meat or anything with a very high blubber content; energy-rich meals were what they were after.

ALTHOUGH I HAVE SINCE FREE DIVED WITH GREAT WHITES IN MANY LOCATIONS AROUND THE WORLD, THAT FIRST DIVE WAS PROBABLY THE MOST EXCITING, EVEN THOUGH WE NEVER SAW THE SHARK!

In 1993 we were part of the first very big documentary to be filmed on Great Whites in South Africa in conjunction with the Farallon Islands off San Francisco. This was for the benchmark documentary series Wildlife on one and the special was aptly called Great White Shark and narrated by David Attenborough.

Prior to the start of filming, we were requested to scout out an area in the channel by the BBC for the erection of a platform from which the film crew would film any action in the channel when the sharks fed on the 50 000 odd seals that lived in the area.

This was to be my first free dive with the Great Whites sans a cage. I remember hardly sleeping the night before both due to excitement and I guess a little nervousness. After all, at this time, nobody had purposefully free dived with Great Whites.

I remember it clearly; Craig Ferreira breaking a swimming pool pole used to remove leaves into three pieces and giving myself, a colleague, and himself a piece each whilst at the same time a 12ft shark circled the boat. I looked at my fragile piece of an aluminium pole and then at the huge shark which had just been chewing on the aluminium and far more robust propellers and thinking eesh, is this a good idea.

Just prior to us entering the water the shark disappeared and for the next 30 minutes of the dive, we never saw it. Only once we were back on the boat did it return, no doubt having watched us from a safe distance outside of our visibility range.

Although I have since free-dived with Great Whites in many locations around the world, that first dive was probably the most exciting, even though we never saw the shark!

By 1994 Kim McLean, a former employee of the WSRI had started the first dedicated shark cage diving company in Gansbaai. Kim was quickly followed by several others and soon the once solitary boat of ours was joined by ever-increasing numbers of craft as the fame of the white shark and the chance to cage dive with these animals became popular. This was to change the landscape forever in the area and the privilege of being the only boat was gone for good. Today Gansbaai is the undisputed Great White shark tourism capital of the world with upwards of 120 000 tourists flocking to see these amazing animals each year, nowadays from boats big enough that we could have parked the WSRI’s boat sideways across them.

By 1995/96 it was now apparent that the area was set to become a commercial hub for shark diving and as such, I started doing research into the likely chances of finding Great White sharks in other locations where we might once again be on our own. To do this I had a small 10ft inflatable boat with a tiny engine that allowed myself and Rob to venture to a small island in False Bay known as Seal Island. Little did I know that this exploratory trip was to change my life forever.

You may also be interested in our other articles, Great White shark cage diving in Gansbaai, as well as, Shark cage Diving in Cape Town. 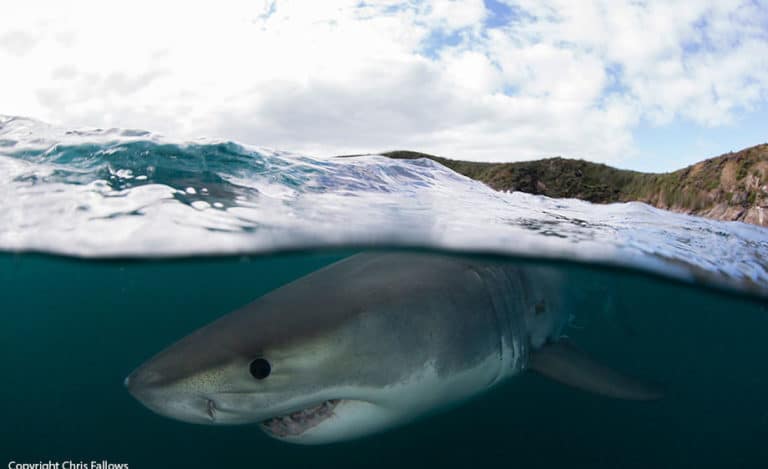 The 22nd of August 1996 was a significant day for Great white shark eco-tourism in False Bay. This was the day the first ever great white 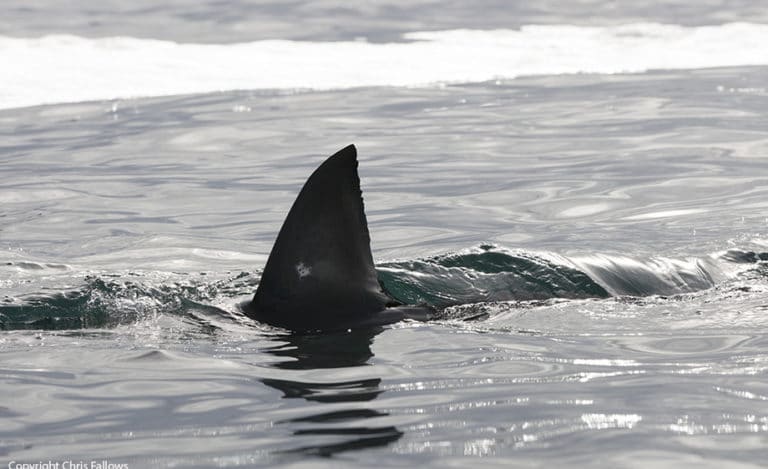